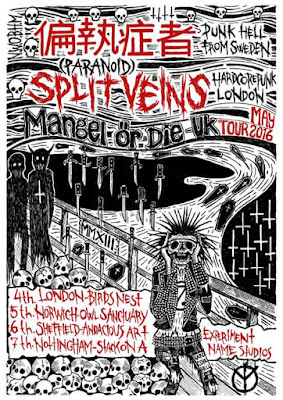 Posted by chrisagitate at 08:19 0 comments 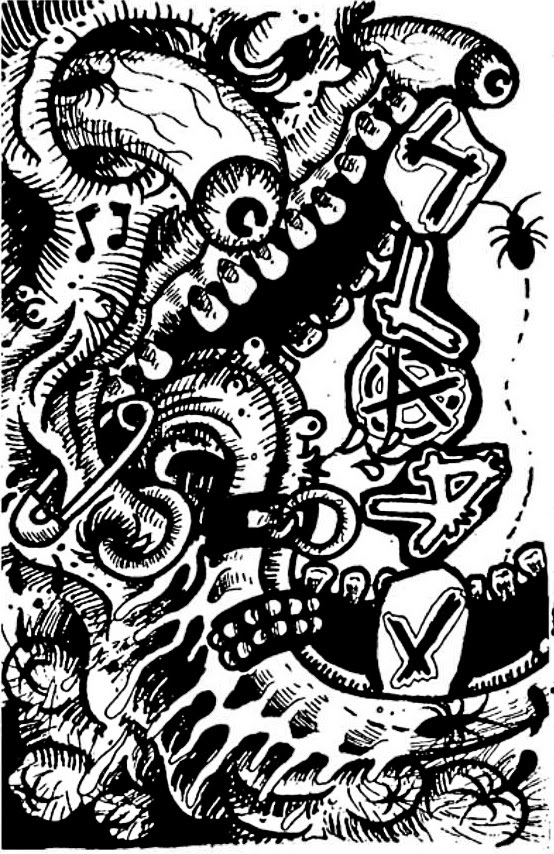 S.L.A.R.V. - Skitsmak I Munnen Efteratt Ha Slickat Pa Verkligheten!!! Tape From Malmo, Sweden comes the new fuzzed out racket that is S.L.A.R.V. or SOUNDING LOUD AT RIDICULOUS VOLUME to give them their full title. Made up of some of the highest Swedish raw punk caliber around with S.L.A.R.V. sharing members with such bands as INFERNOH and previously SKITKIDS. This is what every fucking hardcore punk band should sound like. Fucking raw, loud and noisy as fuck. Mixing up the classic noise and distortion sound of early UK legends CHAOS UK and DISORDER with the Japanese disort-a-rama sound of noise punk heroes CONFUSE, GAI and THE SWANKYS... S.L.A.R.V. deliver seven songs of delicious ear splitting rawness on this debut cassette. Sounding both chaotic and obnoxious but with memorable and catchy song structures. The songs "Saljut Allt" and "Ignoranta Svin" are my personal favourites on the demo. Infectious basslines, piercing distorted guitar fuzz, hammering drum rolls and spat out vocal insanity.. This is so fucking good. Comes pressed on a sickly yellow tape and wrapped in what I can only describe as a cut off from an old bath robe with S.L.A.R.V. daubed on in pink nail varnish. Limited to only 150 copies and already sold out on the Glueman label but hopefully a vinyl version will be released soon. This is good shit from start to finish. I desperately want to hear more from this band. (S.L.A.R.V. c/o tofucore@yahoo.se ).
Posted by chrisagitate at 07:44 0 comments 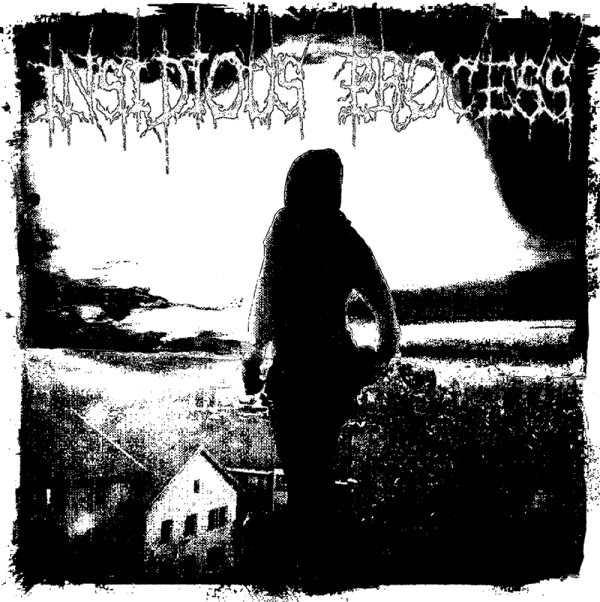 INSIDIOUS PROCESS - S/T LP After 2011's excellent split LP release with fellow Swedish crusties AVFART 33 Gothenburg's INSIDIOUS PROCESS are back with ten new crust anthems on this debut full length album released in conjuction with Aborted Society in the US and Not Enough Records in Europe. I was really impressed with their previous split with AVFART 33 and always thought they were the better of the two bands but this new album is fucking something else entirely. INSIDIOUS PROCESS have progressed so much since that first release. This instantly sounds so much stronger with better song structures and a much more heavy and powerful sound production which was recorded by Mattias at Studio Bengt. Guitars sound thick with fresh and interesting riffs set against a pounding solid as fuck rhythm section. The vocals is what really makes this band stand out from the rest for me. Totally fucking frantic female vocals screamed with so much ferocity and urgency. INSIDIOUS PROCESS are playing some of the finest metallic d-beat crust thats out there right now. Fully charged with both anger and emotion making the album a very inspiring and brutal release. Highly recommended. (Not Enough Records c/o www.notenough.se or email dustnconcrete@yahoo.com)

Posted by chrisagitate at 14:12 0 comments

Posted by chrisagitate at 14:03 1 comments 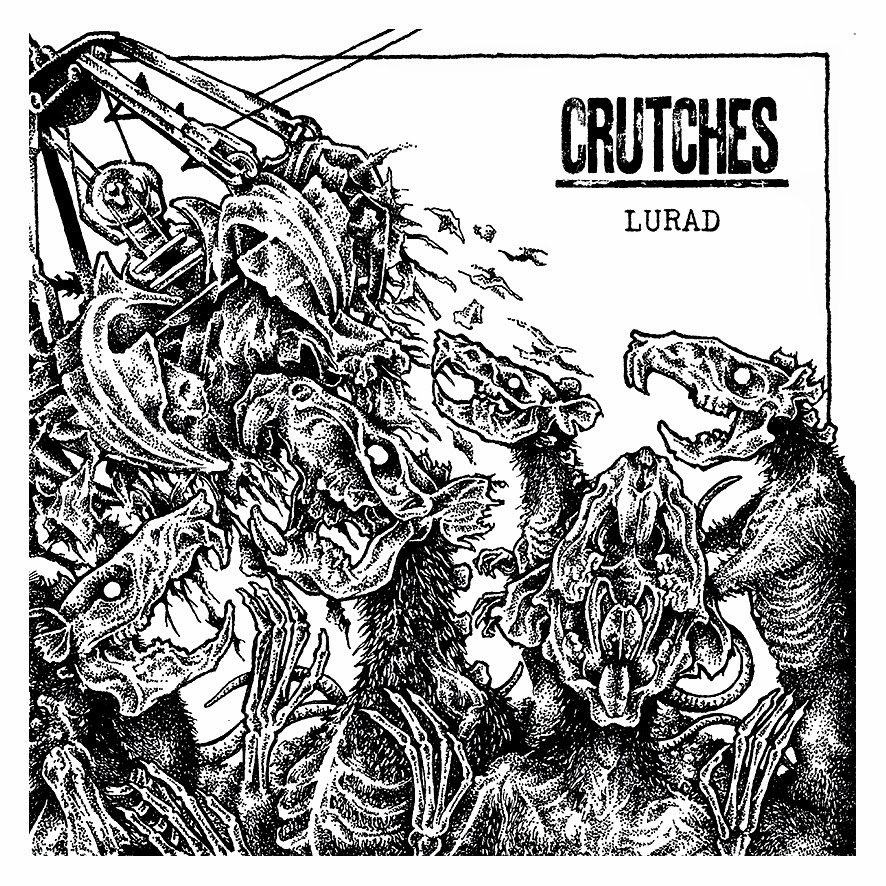 CRUTCHES - Lurad 12" The D-beat tsunami continues... Malmo's A//E political D-beat punks CRUTCHES follow-up 2012's excellent "D-beat Tsunami" EP with this new 10 track debut 12" of relentless fucking D-takt rage. Formed from the ashes of anarcho crusties PROJECT HOPELESS, CRUTCHES influences are firmly rooted in both the classic early Scandi raw punk sound of bands like ANTI CIMEX and the more current Swedish D-takt style of bands like WARVICTIMS, PARANOID and INFERNOH. A Japanese crasher raw punk influence is also very much present in CRUTCHES sound with the songs "Down The Drain" and "Arbetarhavel" reminding me of later sounding FRAMTID and KREIGSHOG. CRUTCHES play full fucking throttle and pissed off D-takt raw punk from start to finish. Totally frantic and blown out guitar riffs, harshly shouted vocals and fast pounding d-beats. This is Scandinavian hardcore punk at it's finest complemented perfectly with some awesome sleeve fartwork from Stiv of War. 500 copies pressed with 400 on black and 100 on white co-released by Not Enough, Distroy, Phobia and Rawmantic Disasters Records. This is a very solid release from CRUTCHES that's fast becoming a permanent fixture to my turntable. Fucking top quality Swedish D-beat. (Not Enough Records c/o www.notenough.se or email dustnconcrete@yahoo.com
Posted by chrisagitate at 14:40 1 comments

PARANOID in the UK 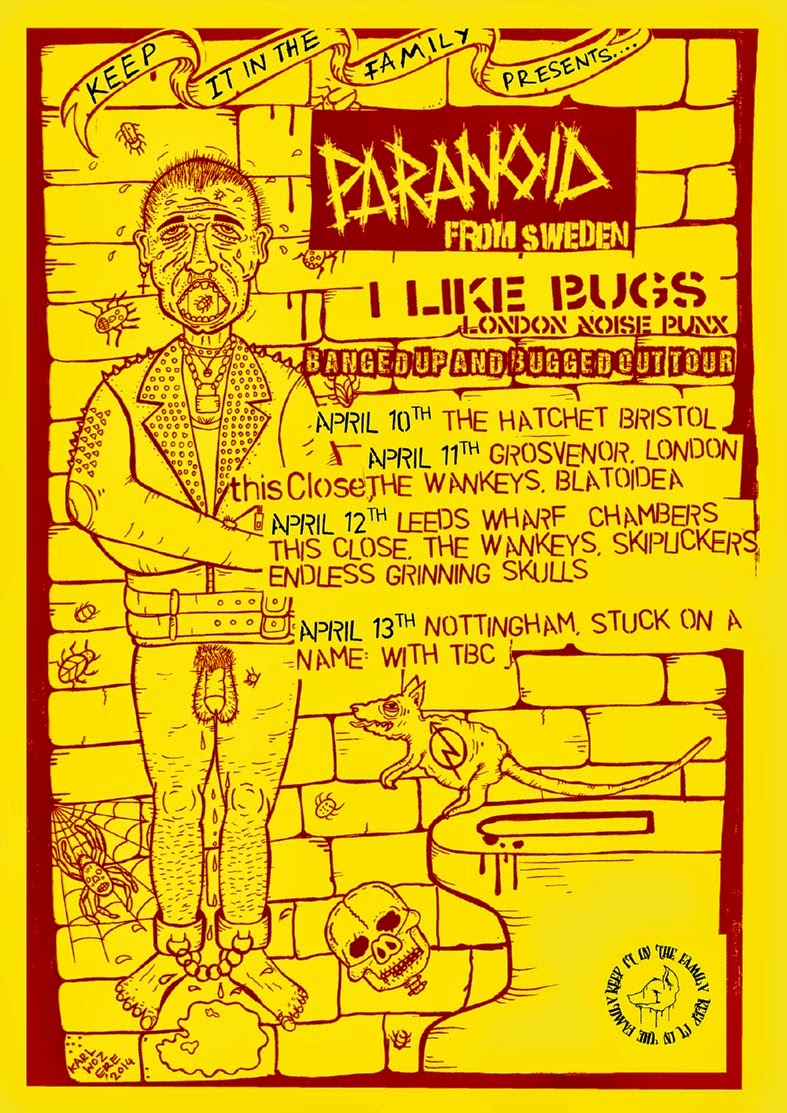 Posted by chrisagitate at 14:21 0 comments

Email ThisBlogThis!Share to TwitterShare to FacebookShare to Pinterest
Labels: Paranoid in the UK 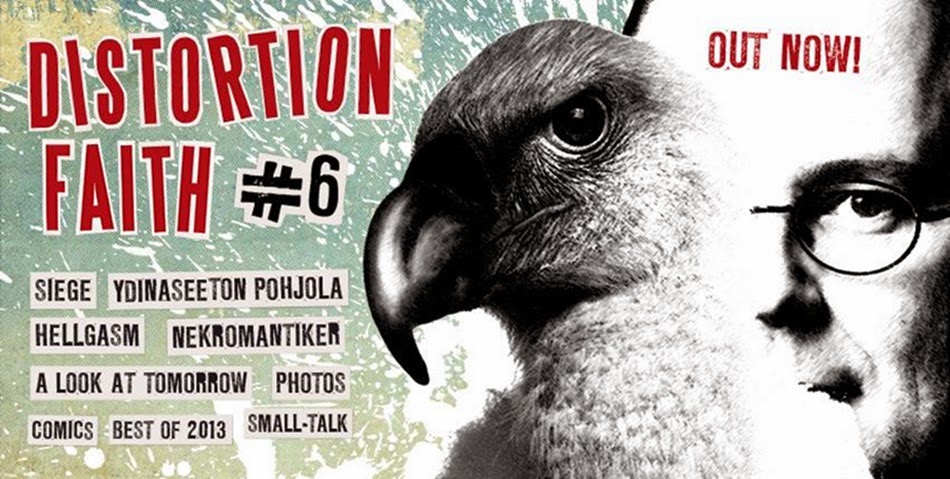 Distortion Faith #6 out now. Interviews with noise punk buzzers Nekromantiker, råpunk rampagers Ydinaseeton Pohjola, American evildoers Hellgasm and classic ragers Siege (conducted by Per Thunell). Jocke discuss records with a few suspect p...unks, Krogh sum up the year of 2013 with his best of lists and we look forward in the brand new section called "A look at tomorrow", where we check in with a whole bunch of bands to hear their plans for the year. In this issue we also introduce the comics of Janne Karlsson that will be a returning feature in the zine, and let's not forget the always great photos courtesy of Chris Agitate. 36 pages, all in English.
http://blindeadproductions.com/catalog/product_info.php?products_id=1810
Posted by chrisagitate at 12:50 0 comments